It’s the 21st century and the corsets are off 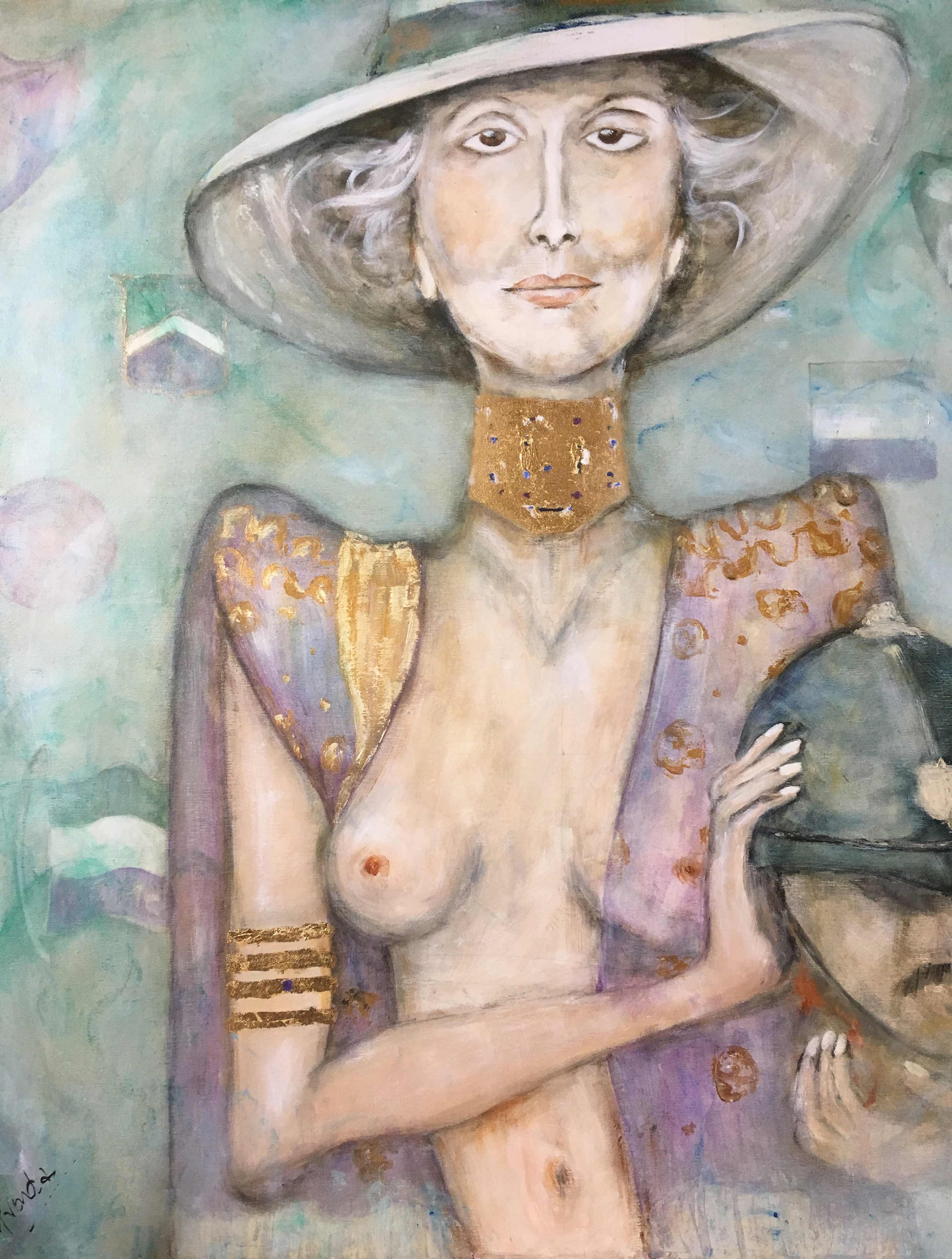 “Revenge is a dish best eaten cold. The gloves, and corsets, are off now. You should have done your history Mr Policeman. Book of Judith, Holofernes. Quite clever people us women. We can play cat and mouse too.” Emmeline Pankhurst

Supporting Dreadnought South West’s touring play, The Cause – An Overture of Rebellion and Revolt, this fifth painting in the series The Corsets Are Off sees Mrs Pankhurst from a 21st century viewpont. The play explores one hundred years of women’s activism in the South West.

Homaging Klimt’s painting Judith I, and the biblical story of this widow who saved her people by seducing the leader of the besieging army and cutting off his head, Avenda’s Emmmeline Pankhurst has turned the tables on the cat and mouse game the police played with the suffragettes.

These portraits free the sitters of Holbein, Vermeer and Klimt from the constraints of corsets and convention. The corsets are off, and they are not going back on.